Home » News » Where and why are O-Rings used?

Where and why are O-Rings used? 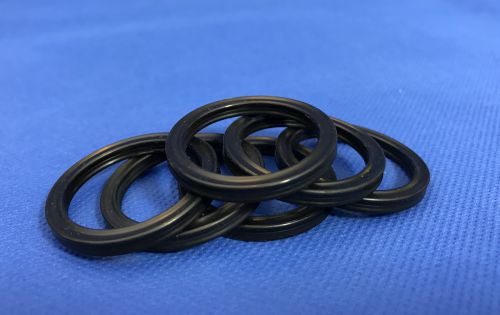 Ever wonder how it’s possible that high pressured gases, scorching hot liquids or sub-freezing liquids don’t spill out of your car, dishwasher or spray gun?

O-rings are the magic ingredient in making it all possible and safe.

Where are O-Rings used?

O-Rings are used in multiple places, gadgets and appliances. Some areas are where you least expect it.

In the automotive industry

Why are O-Rings used?

“A ring is round and has no end” is the perfect description of an O-Ring with its endless possibilities, application and sizes. Even Though the first O-Rings patent was in 1896 by n Sweed named J.O. Lundberg, the O-Ring still is vital in various industries.

Putting an O-Ring between two pipes or the two sections which you want to join in a hydraulic or pneumatic system, the O-Ring turns into a sealing agent which allows the applicable fluid-like:

or gas to pass through with little or no leakage. The connection is not limited to just between two sections but can handle multiple. Because of the rubber the O-Ring is made from, it can compress or deform inside the area it is placed without breaking.

Ever wonder why your tattoo artist is so steady when that tattoo gun meets your skin? Yes, it is because of O-Rings. Not only does it allow the artist to do his work with ease, but it also decreases the noise caused by the vibration.

Because O-Rings can be made in a multitude of different sizes and thicknesses, it is an easy go-to for almost all “sealing” solutions for any type of high pressured, high performance or chemically dangerous apparatus. They were even able to seal up to 5000 psi of pressure when tested.

Not only are they versatile due to the different sizes O-Rings can come in, but also the different rubber. From Nitrile, Viton to even PTFE. They can even be made in silicon, which is why dentists use them in dentures. The O-Rings prevent the liquids from escaping and leaking into the implants. Ever think that an O-Ring can be made under strict sanitary levels? It is a must for any O-Ring which is used in the food and beverage industry.

O-Rings are extraordinarily cost-efficient, and it does not break the bank when it is time to replace them. But, unfortunately, O-Rings must be replaced once a year to avoid nasty messes and embarrassing explosions.

Even though the O-Ring has been around for more than 124 years, the only changes to the original design are that now you can make the O-Ring in different sizes and thicknesses and add more components to the rubber, but the function still remained the same – to seal. A basic but very vital function to fill, especially with the rapid changes in the engineering, agriculture and aviation sectors. So the next time you are flying in the aeroplane, scubaing in the ocean or just driving in your motor car, the ease you accept that all the components and gear will work without leaking dangerous liquids or exploding gases. So take a second and thank the Swedish inventor for the simple rubber ring.