Home » News » How is Rubber made

How is Rubber made 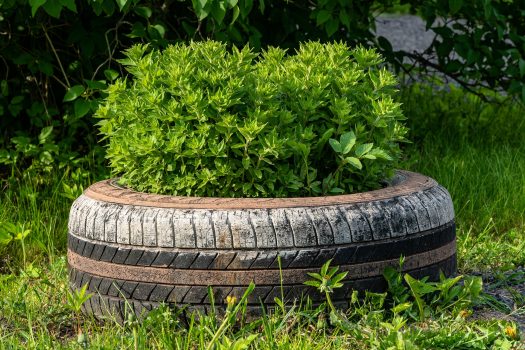 When you think of rubber, you probably think of so many different things. From rubber gaskets to tyres, or even the little rubber on top of your pencil. In fact, this material finds its way into thousands upon thousands of different products.

Rubber has been used for over 1,000 years and came from entirely natural sources. But these days, rubber is just as likely to be made artificially. Rubber is a very versatile material, but how is rubber made, and where does it come from?

The Origins of Rubber

We have been using rubber for thousands of years, and while these days most rubber produced is synthetic, the early forms of rubber came from natural sources. The earliest known source of rubber was the rubber tree Hevea Brasiliensis, which came from Brazil. From there, it was introduced to the Far East. And while these days, rubber in its natural form comes from the Far East, synthetic rubber is more commonly used. The early forms of rubber were made from natural sources but as demand increased, artificial or synthetic rubber was developed by scientists.

Watch the video below to learn more about the origins of rubber or continue reading about the extraction process.

The Process of Extracting Natural Rubber

No doubt you have heard of latex. Natural rubber is made by extracting this latex in liquid form from certain types of trees.

While there are thousands of different types of plants, such as dandelions, that produce this liquid sap, the rubber tree native to Brazil is the main provider.

The process of gathering latex from the trees is by cutting the bark and collecting the sap in cups. This is also known as tapping. Because the tree sap can solidify, ammonia is added into this process, followed by an acid which is part of a process called coagulation. Once the mixture has been extracted, it is passed through rollers which removes any excess water. From here, the rubber layers are hung to dry, either in a smokehouse or by itself. A few days pass, and they are folded into bales, ready for processing.

Synthetic rubber has a colourful history. While there was increased demand for rubber, the first synthetic rubber isoprene was developed in Germany in 1909. As the price of natural rubber increased during the next two decades, studies published in Russia, the US, and Germany resulted in one of the most popular synthetic rubbers in 1930.

Initially invented by Dupont, this was known as Neoprene, and is still referred to us such or chloroprene. The widespread development of synthetic rubber came about during WWII. Supplies of natural rubber became so scarce, the German scientists developed artificial rubber, although these preliminary forms of rubber were inferior to their natural counterparts. But as more research was conducted into synthetic rubber, it improved as a result.

Over subsequent years many more types of synthetic rubber were developed to provide specific resistance to chemicals and fluids. There are many types of synthetic polymers, but the main ones are: Nitrile for oi, EPDM for acid and ozone applications, Silicone for heat resistance, and fluoroelastomers for use with fuel and aggressive chemicals at high temperatures.

The Process of Creating Rubber

Whether it is synthetic or natural, rubber needs to undergo a series of processes to turn it into the products we can use today.

For rubber to remain strong and durable in extreme conditions, it goes through this final treatment.

This is a heat treatment where the rubber is cooked, usually with sulphur. This creates extra bonds between the molecules of the rubber. This process was discovered completely by accident, where Charles Goodyear accidentally dropped some rubber onto a hot stove and noticed the heat made the rubber more durable and stronger. After the vulcanization process, imperfections are removed, and the rubber is moulded or shaped into the desired final product.

Rubber is something that we can all take for granted, but whether it is the rubber on the top of our pencils to our exercise resistance bands, and, of course, our strong and durable tyres, rubber is such a diverse material that can be made soft or hard, resulting in so many different uses.

It is certainly a modern wonder and with the demand for rubber in so many different forms, we need to remember the actual hard work that goes into creating this widely used product.

Established in 1972, Munsch & Co has over 45 years’ experience in the Industrial Rubber and Sealing Sector.